Professor Zaw Wai Soe obtained M.B., B.S. degree in 1986 from the University of Medicine (2) Yangon and served as a civil assistant surgeon for 3 years in Myingyan District Hospital. He attained M. Med. Sc. (Orthopedics and Traumatology) from University of Medicine, Mandalay in 1995. In 1997, he passed FRCS (Glasgow) examination and worked as an orthopedic registrar in Falkirk Royal Infirmary, Scotland, for 2 years. After arriving back to motherland in 2000, he worked in Orthopedic Department of the Yangon General Hospital, Yangon Orthopedic Hospital and the University of Medicine (1) Yangon. He obtained Dr. Med. Sc. (Ortho) in 2005 and Diploma in Medical Education in 2006. He also served as the Rector of the University of Medicine (2) Yangon from 2014 to 2015. In April 2018, he was elected as the President of the Rectors’ Committee of Myanmar, which comprises 161 Universities and is part of the higher education reform in Myanmar. His is one of the key founders of Spine Surgery and Emergency Medicine in Myanmar. 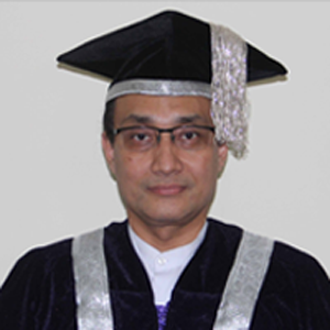