Prof. Khin Mar Myint is a graduate of University of Medicine-1, received M.B.,B.S degree in 1993, worked as an assistant surgeon in district hospital, and rural health center. She changed her career as a teaching faculty since 1998, finished M.Med.Sc (Pharmacology) in 2001, with the thesis research concerned pharmacokinetic of drugs in normal human volunteers. She studied in Japan, as a national scholar of Monbusho Scholarship, offered by the Japanese government and received  doctoral degree in 2006 from Kanazawa University, where she conducted research on molecular mechanisms of diabetic vascular complications, demonstrated by experimentation with transgenic and knock-out mice, and binding assay, found out the pharmacologic antagonist of interaction between advanced glycation end product (AGE) and its receptor RAGE, for it  awarded ” Takayasu Award” by the University, for the most outstanding research paper for the year 2006. Previously she was a professor of Pharmacology and head of training and research in UM-1, has being engaging with Medical Education, Research Development and Quality Management of the University. In 2016 she studied in University of Maryland as a fellow of Fulbright US-ASEAN Visiting Scholar with the study project “Medical Education and Accreditation Systems of the United States”. She was promoted to Pro-rector (Academic) in 2019. 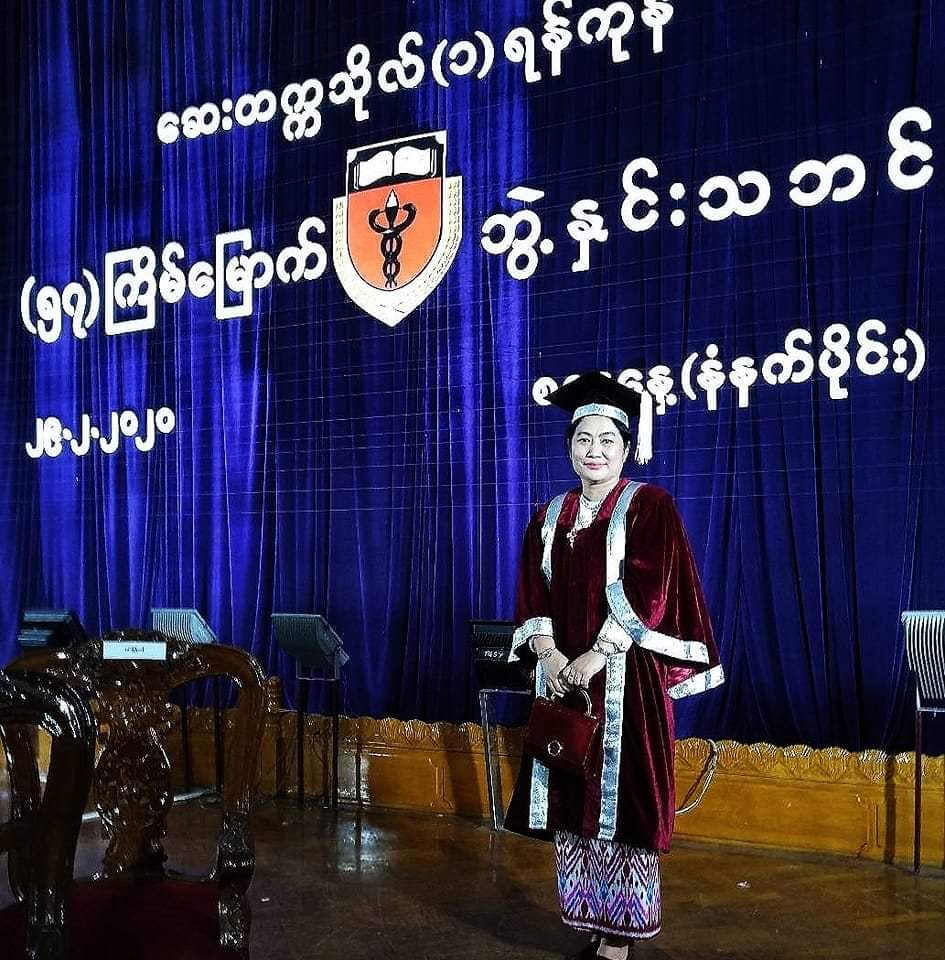